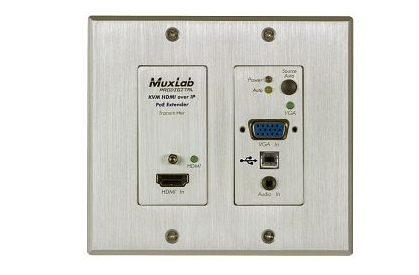 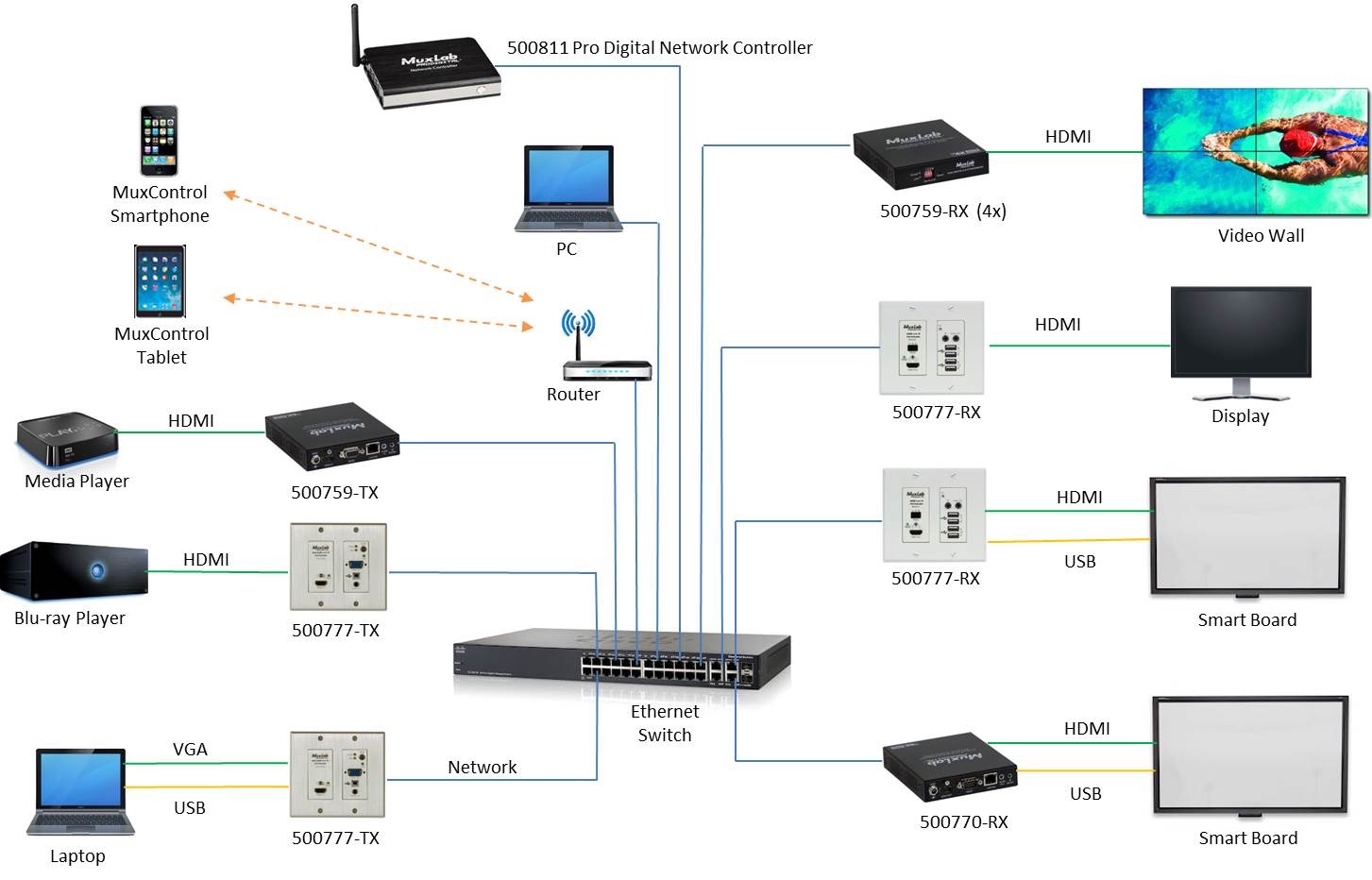 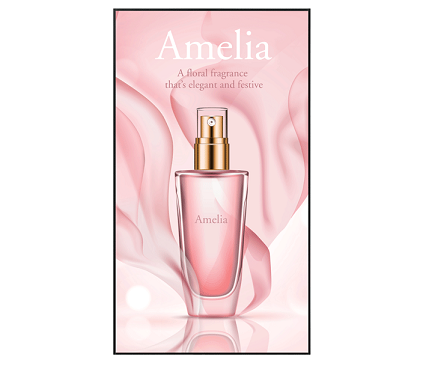 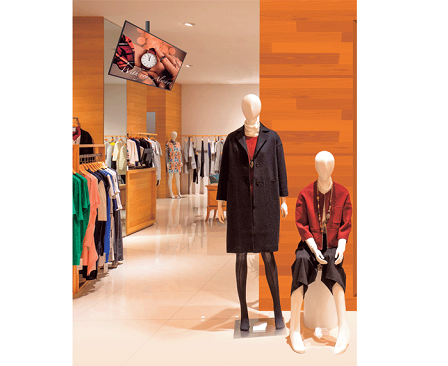 The HDMI/VGA/USB over IP PoE Wall Plate Transmitter allows HDMI, VGA and USB equipment to be connected up to 330ft (100m), with video supported at up to 4K (3840×2160) resolution @ 30Hz via one (1) Cat5e/6 unshielded twisted pair cable in a point-to-point configuration. The USB port may be used for extending various USB devices including Smart Boards. Point-to-multipoint and multipoint-to-multipoint configurations are also possible by connecting several Transmitters and Receivers to the same local Ethernet IP network via an Ethernet Switch. The HDMI/VGA/USB over IP PoE Wall Plate Transmitter also supports PoE (PD) if used with a PoE (PSE) Ethernet Switch. Additional Transmitters may be purchased separately depending on the intended application and number of units required.

The MuxLab ProDigital Network Controller (500811) is available to simplify the configuration and utilization of the 500777-TX and other MuxLab IP based products via an Ethernet web interface. The MuxLab Control Android and iOS Application may also be used for connectivity management, in combination with the 500811 Network Controller.

A new firmware version 2.0 has been released, which includes important enhancements such as support for infrared Pronto codes, numerous bug fixes, improved system performance, and support for the new models including the 500778 & 500777-RX. Please see the Release Notes for further details. 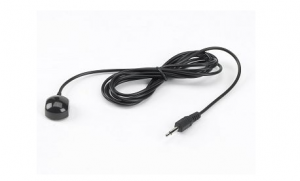 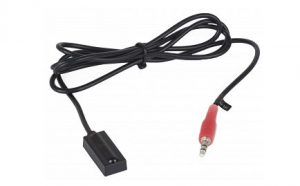